As a city of intellectuals and artists, Ankara was certainly ready for Butik A, a furniture line influenced by Danish minimalism, when it was founded by Bediz and Azmi Koz in 1958. Taking inspiration from the European architecture magazines available at their university, Istanbul’s State Academy of Fine Arts (now known as Mimar Sinan Fine Arts University), Bediz and Azmi turned their dream of introducing a contemporary design aesthetic into a furniture business that influenced generations of designers after them.

Butik A, later known as Mobilya, Planlama, Dekorasyon (MPD), began as a small shop, but soon had a long list of clients including the country’s most well-known names, from professors to musicians. In 2012, Turkish contemporary art institution SALT transported the Butik A-designed home of Ulvi Cemal Erkin – a member of the Turkish Five, a group of leading Turkish symphonic composers – into its Istanbul gallery space.

After the passing of her husband in 2003, Bediz continued what the duo had started together nearly 50 years earlier and still runs the MPD store from a quiet residential street in Ankara’s Çankaya neighbourhood.

How did you become inspired by the Scandinavian design aesthetic?

When we were still in university, we would read magazines such as Domus and MD, which had an effect on us. Of course back then there was also Bauhaus, which had a huge impact on everyone. We were inspired by the Danish style and started to design and develop our own line in a tiny store. It was just one small room, but despite that, we successfully sold a lot of furniture to artists and architects and later began doing projects and interior design for stores. We also sold objects designed by our architect friends such as lamps or saltshakers.

What was the interior design scene like in Ankara before you founded Butik A?

Before we opened our store there was only Selçuk Milar to speak of. He was a very good architect and had a beautiful gallery with art pieces and some furniture made by the important Turkish architects of that time. But apart from that there was nothing else that had a contemporary aesthetic.

How did people respond to this new style?

They reacted very positively. It was so interesting. We initially worried about how Butik A would be received and therefore opened quite a small store. But Ankara was a city full of intellectuals and it was exactly these people who were unable to find good furniture. Even we had a hard time finding things, especially materials when we were in production. Sourcing textiles was a problem, especially for upholstering, so we ended up choosing from coat fabrics to cover our armchairs and sofas. There were also no door handles, for example, so we would find handicraftsmen and produce our own. The production was difficult, but our enthusiasm never ceased because of the support from our portfolio of clients. After we started Butik A, new firms that focused on good quality and workmanship began to open.

What have been your most important projects?

One of my biggest projects was the home of İhsan Doğramacı, a renowned pediatric physician who founded Ankara’s leading private universities, Bilkent and Hacettepe. We did the homes of the most renowned artists, architects and ballerinas of the time. We designed the interiors of people’s homes such as Suna Kan, a famous Turkish violinist. We did the home of Ulvi Cemal Erkin, which was exhibited at SALT Galata. Even though years had passed, Erkin’s daughter had kept the interior decoration in its original format, and the furniture was in mint condition.

You’re now running a store with your daughter Defne Koz.

My daughter lives and works in the US. However, with the current modes of communication, she’s able to send me her designs and I produce them here. She also works with Turkish firms that produce furniture and I have begun to sell some of their work. Of course, this makes my life a bit easier because after a certain age, designing and producing furniture is not easy. Not to say that I’ve stopped, because I haven’t. 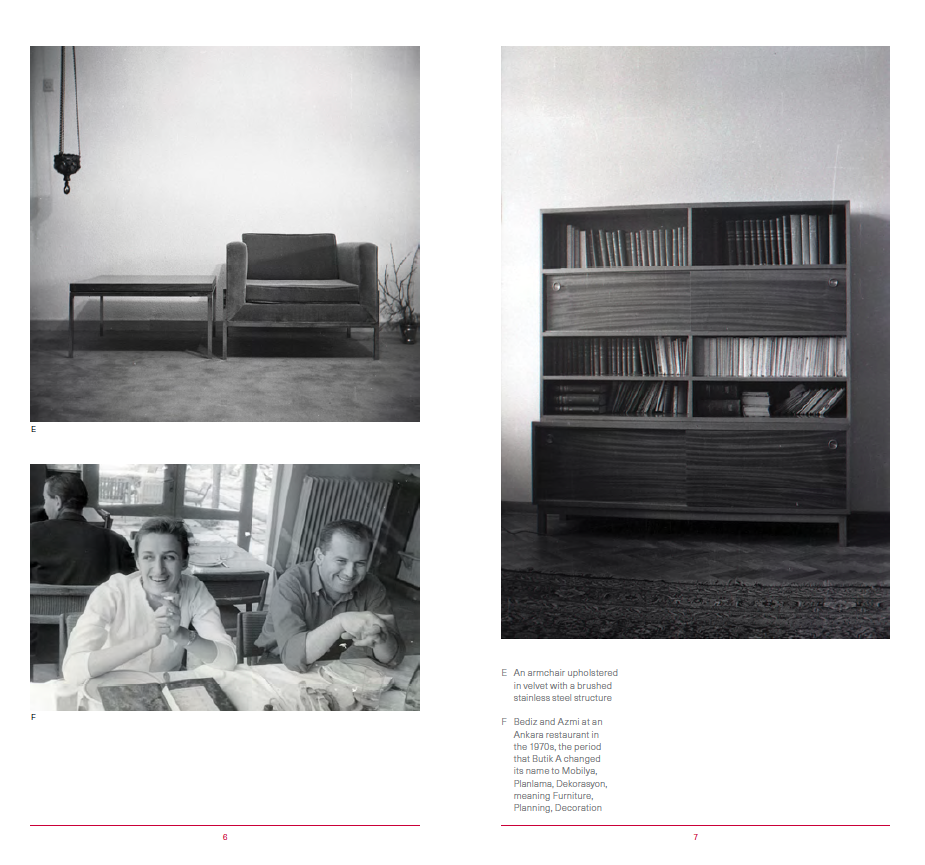 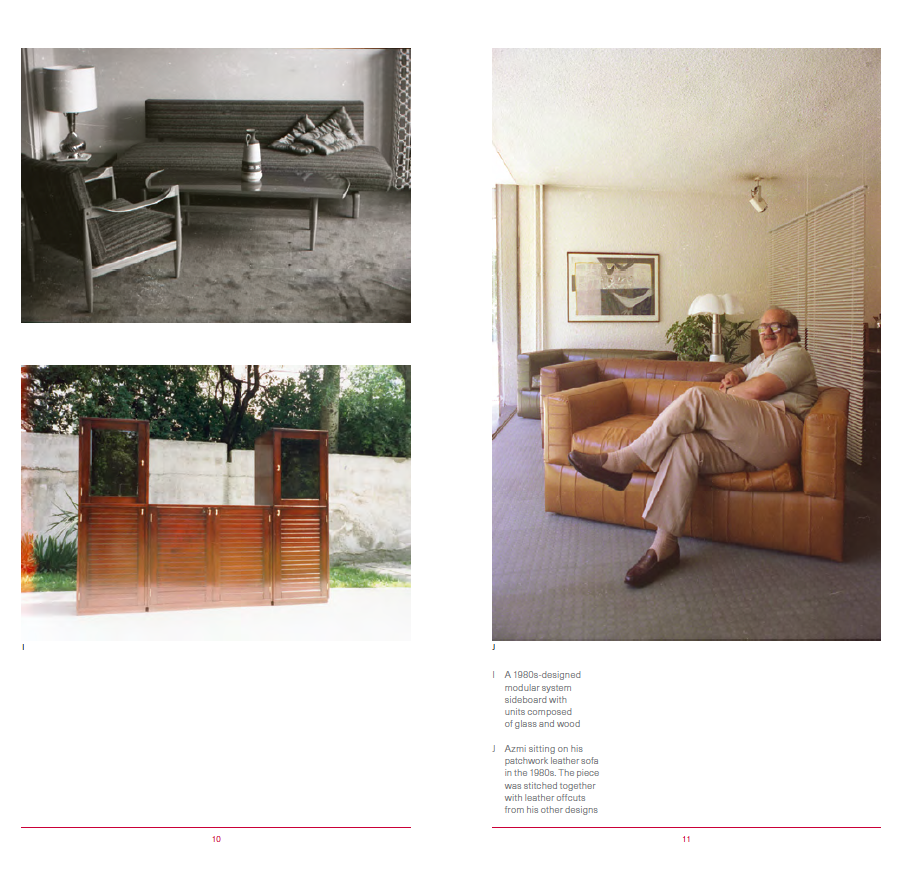 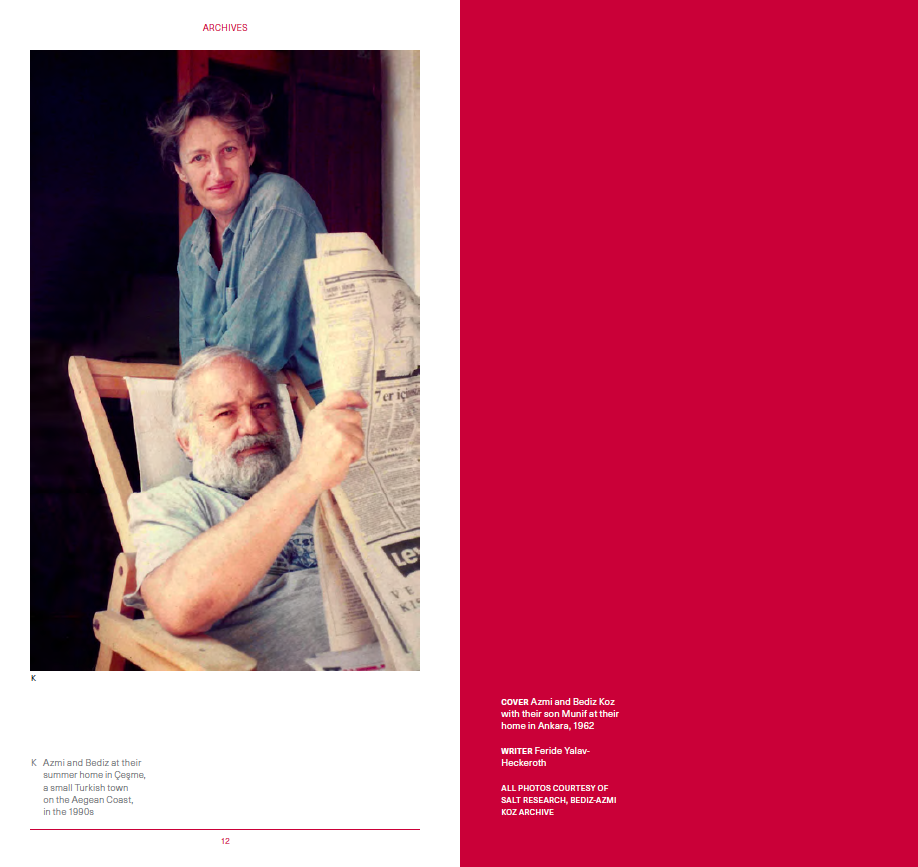