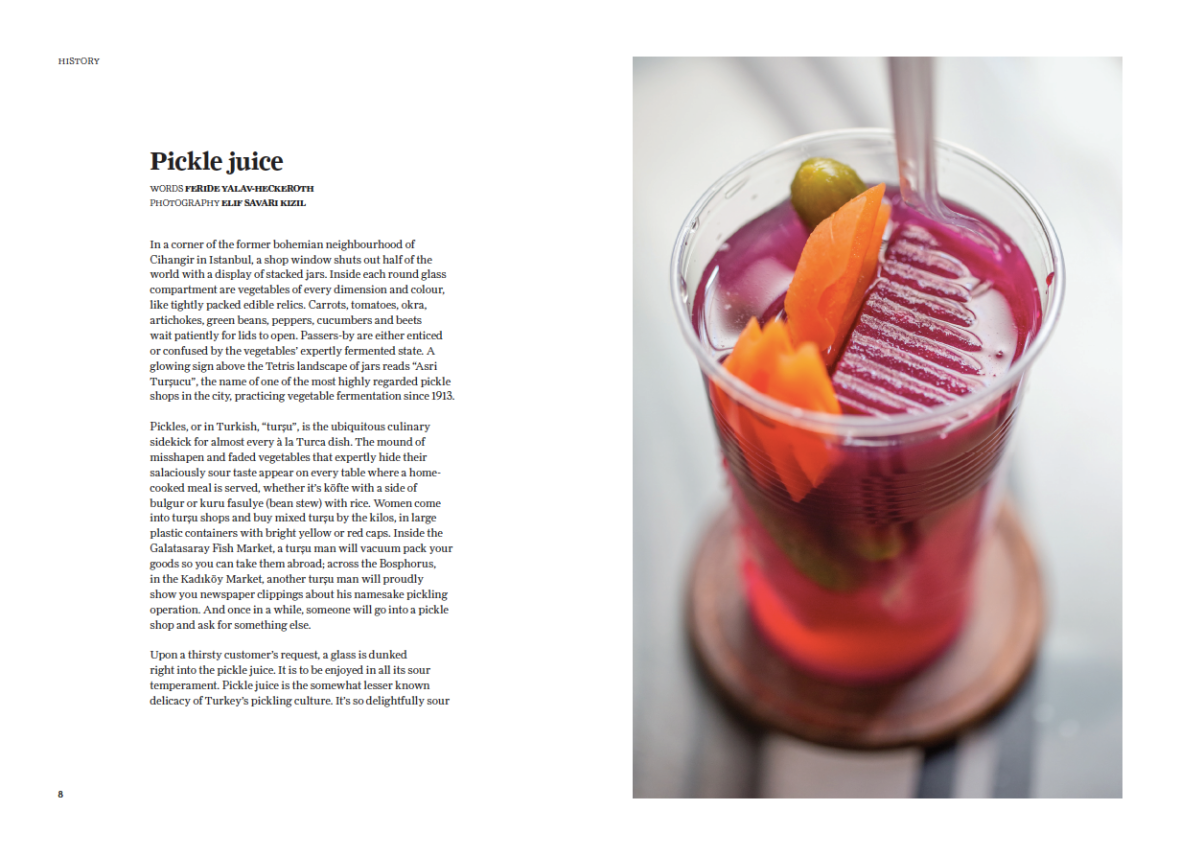 In a corner of the former bohemian neighbourhood of Cihangir in Istanbul, a shop window halfway shuts out the world with a display of stacked jars. Inside each round glass compartment are vegetables of every dimension and colour, like tightly packed edible relics. Carrots, tomatoes, okra, artichokes, green beans, peppers, cucumbers and beets await patiently for lids to open. Passersby are either enticed or confused by their expertly fermented state. A glowing sign above the Tetris landscape of jars reads ‘Asri Turşucu’ one of the most regarded pickling shops in the city, engaged with vegetable fermentation since 1913.

Pickles, or in Turkish, ‘turşu,’ is the ubiquitous culinary sidekick for almost every a la Turca dish. The mound of misshapen and faded vegetables that expertly hide their salaciously sour taste appear on every table where a home-cooked meal is served, whether it’s köfte with a side of bulgur or kurufasulye (bean stew) with rice. Women come into turşu shops and buy mixed turşu by the kilos, in large plastic containers with bright yellow or red caps. Inside the Galatasary Fish Market, a turşu man will vacuum pack your goods so you can take them abroad, and across the Bosphorus, in the Kadıköy Market, another turşu man will proudly show you newspaper clippings about his namesake pickling operation. And once in a while someone will come in and ask for something else.

Upon a thirsty customer’s request, a glass is dunked right into the pickle juice. It is to be enjoyed in all its sour temperament. Pickle juice is the somewhat lesser known delicacy of Turkey’s pickling culture, so delightfully sour that a sensation of the saccharine arrives after every sip as if the palate is in protest. Believed to aid digestion, you’ll often find pickle juice dispensers with signs that annotate each juice variety and level of spiciness and bitterness. At Asri, the pickle juice is served in a beer mug with a few pickles to nibble on, in case drinking the essence wasn’t enough.

During the Ottoman Empire, pickles were produced in the palace’s confectionary, where Turkish dessert icons such as the Turkish Delight and baklava are believed to have been invented. In those days, the preference lied heavily in pickled cabbage. Tens of thousands of cabbages were purchased for pickling. However, the cooks also enjoyed pickling other produce, such as lemons, cucumbers, eggplants, artichokes, bitter oranges, gourds and turnips, using the famed yellow vinegar from the Bursa province. Pickles were also bought from the provinces, such as the much-loved pickled caper from Osmancık, for which the bud and branch were used alongside a touch of mandrake to add its signature scent. The palace also frequently received pickled grapes from Gelibolu and pickled mint from Bursa, all of which were stored in the confectionary for that persistent craving all year round.

Whether it’s a trade that has been carried from one generation to another or a technique to make use of and preserve perishable fruits and vegetables in the household, pickling is certainly ingrained into Turkish food culture. At Asri, the pickles are no longer fermented with vinegar but with lemon juice, a detail that purportedly makes the outcome even more delicious. In the summer, the shop is closed for three months for the harvesting season, something no other pickle shop in Istanbul adheres to. Whatever their story, Istanbul’s pickle men are certainly proud to carry on a tradition with roots that go back hundreds of years. And the experience of walking into an old turşu shop to drink a glass of turşu suyu while watching customers come and go with varying weights of turşu is a genuine Istanbul moment. 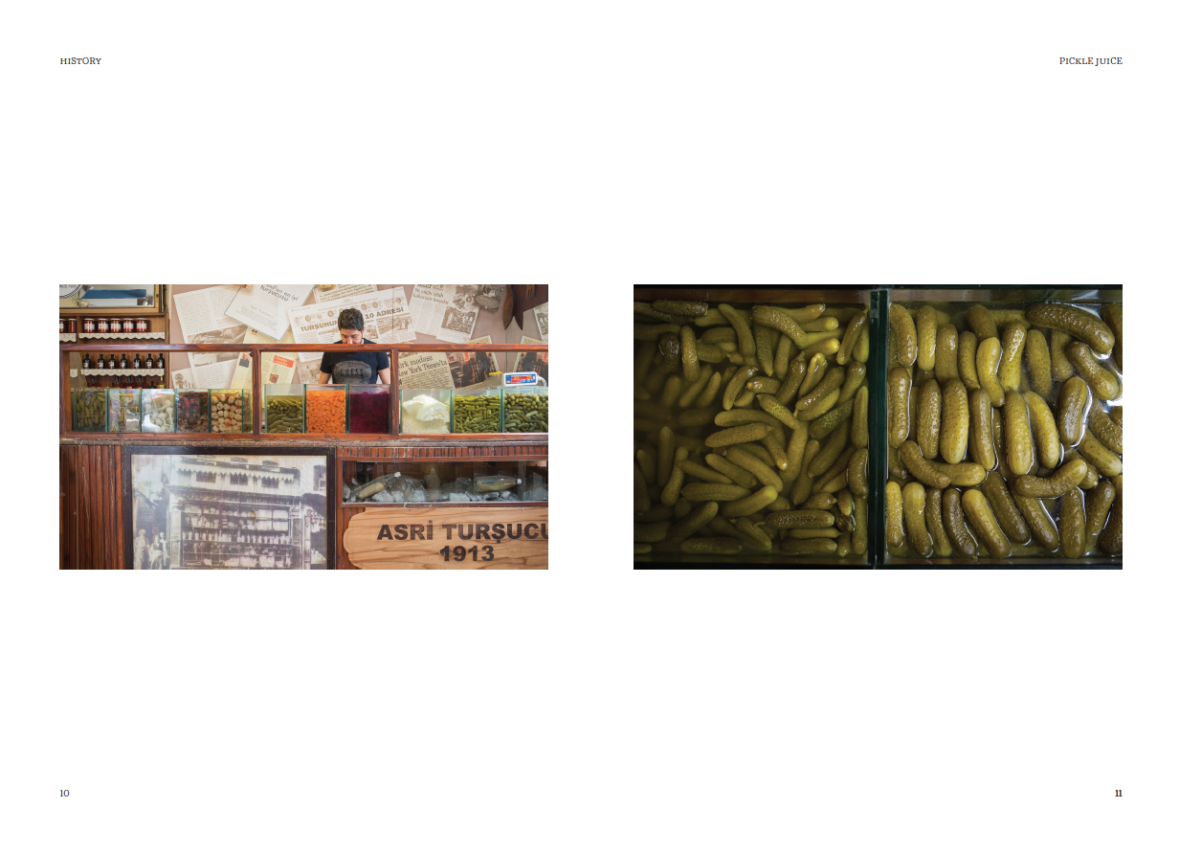 2 Replies to “Art of Turkish pickling for The Carton”