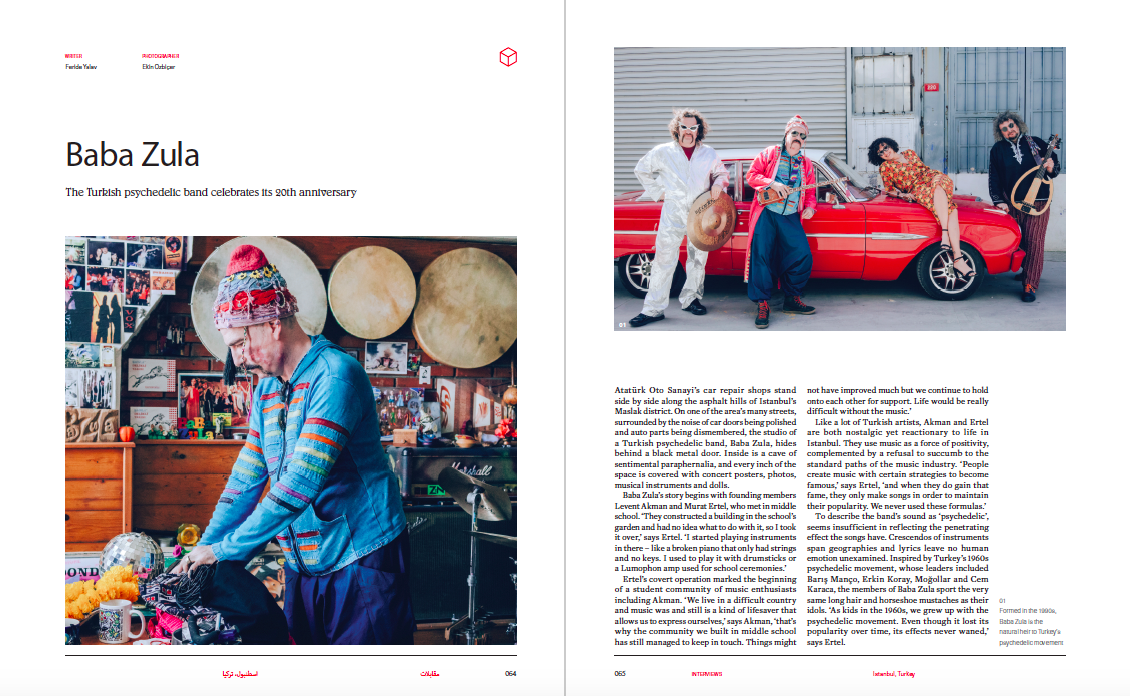 Atatürk Oto Sanayi’s car repair shops stand side by side along the asphalt hills of Istanbul’s Maslak district. On one of the area’s many streets, surrounded by the noise of car doors being polished and auto parts being dismembered, the studio of a Turkish psychedelic band, Baba Zula, hides behind a black metal door. Inside is a cave of sentimental paraphernalia, and every inch of the space is covered with concert posters, photos, musical instruments and dolls.

Baba Zula’s story begins with founding members Levent Akman and Murat Ertel, who met in middle school. ‘They constructed a building in the school’s garden and had no idea what to do with it, so I took it over,’ says Ertel. ‘I started playing instruments in there – like a broken piano that only had strings and no keys. I used to play it with drumsticks or a Lumophon amp used for school ceremonies.’

Ertel’s covert operation marked the beginning of a student community of music enthusiasts including Akman. ‘We live in a difficult country and music was and still is a kind of lifesaver that allows us to express ourselves,’ says Akman, ‘that’s why the community we built in middle school has still managed to keep in touch. Things might not have improved much but we continue to hold onto each other for support. Life would be really difficult without the music.’

Like a lot of Turkish artists, Akman and Ertel are both nostalgic yet reactionary to life in Istanbul. They use music as a force of positivity, complemented by a refusal to succumb to the standard paths of the music industry. ‘People create music with certain strategies to become famous,’ says Ertel, ‘and when they do gain that fame, they only make songs in order to maintain their popularity. We never used these formulas.’

To describe the band’s sound as ‘psychedelic’, seems insufficient in reflecting the penetrating effect the songs have. Crescendos of instruments span geographies and lyrics leave no human emotion unexamined. Inspired by Turkey’s 1960s psychedelic movement, whose leaders included Barış Manço, Erkin Koray, Moğollar and Cem Karaca, the members of Baba Zula sport the very same long hair and horseshoe mustaches as their idols. ‘As kids in the 1960s, we grew up with the psychedelic movement. Even though it lost its popularity over time, its effects never waned,’ says Ertel.

On one wall of the studio, tambourines and saz instruments hang above the recording space. These are just a few examples of the band’s instrumental repertoire, which includes electric saz, oscillators, darbuka and electric oud. A conglomeration of various musical cultures, improvisation and curiosity lay at Baba Zula’s core. It’s no surprise to see the members using a stick with five different bicycle horns or a forgotten instrument from the far corners of the earth during a recording session.

One of the hanging tanbours was made especially for Ertel by one of Bulgaria’s best craftsmen. ‘The director of the Sofia International Film Festival offered me a deal and said he would have the country’s best tanbour craftsman make me one if I played it for at least one song during the festival. Of course I agreed and played it, and that’s a beautiful thing.’

Akman and Ertel are incredibly affable while they discuss Baba Zula. As they wax poetic about the music industry or a song they once wrote about leeks, one feels as if they’ve known them for years. The same feeling holds true for the band’s live performances, where a sense of solidarity overcomes language barriers.

‘There are no barriers in music and when we play abroad we see that after the second or third song, the crowd enters a kind of unified exultance. That makes us very happy,’ says Akman. ‘Especially in Germany, where venue owners or producers come up to us and say, “With your music you’ve accomplished what we haven’t been able to for years: a Turk and a German dancing side by side and singing together.”’

Since it was born, Baba Zula has grown to include members Periklis Tsoukalas, Özgür Çakırlar and Melike Şahin. This year the band will release a 20th anniversary album, the Baba Zula Box Set, featuring never before released songs, remixes and live versions. Album offers are also coming in from abroad with plans for new releases in 2017, 2018 and 2019. But in Turkey there are no offers. ‘There’s nothing we can do about that,’ says Ertel, ‘if you want to be famous in Turkey you have to go on shows and do playback.’

‘We always did what we believed in and what we felt was right,’ adds Akman, ‘we always played our own compositions. We always tried to be honest.’ 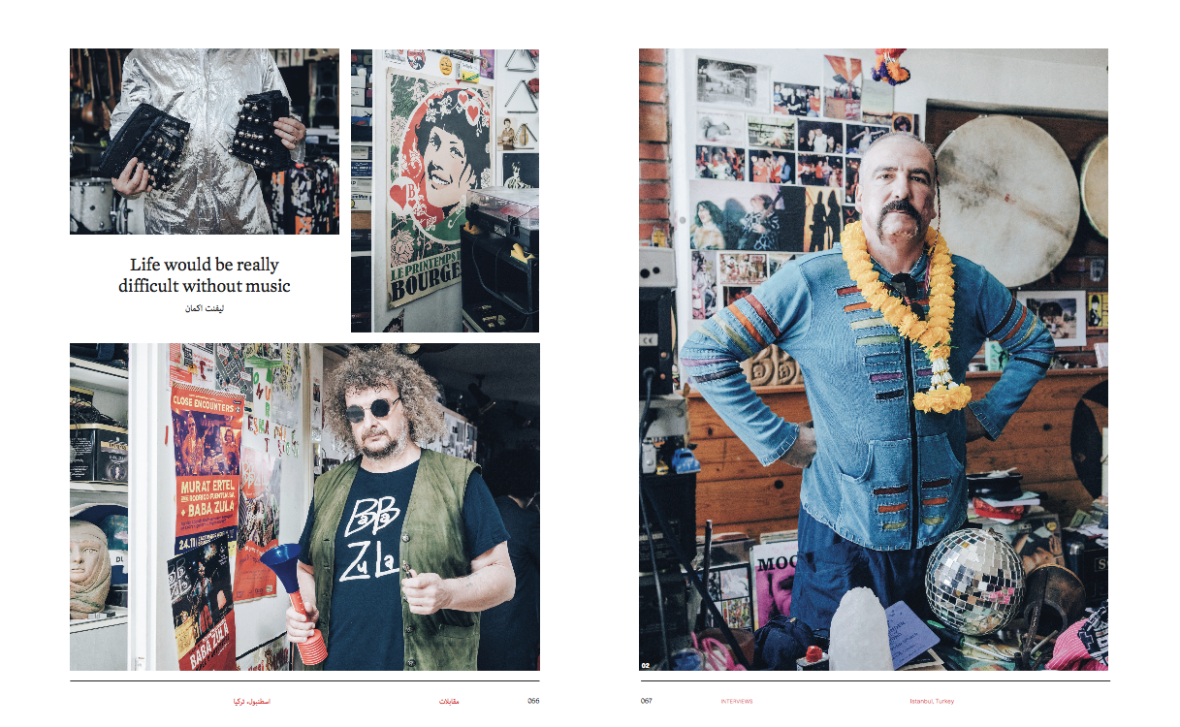