Defining the current state of Balat and Fener is an exercise in contradiction, both good and bad. No other neighborhood in Istanbul is populated so densely with architectural and historical spectacle, yet no other area possessing these credentials is in a state of such palpable dilapidation. The word “interrupted,” is the most exact adjective we can use to represent the bouts of change that have paused and restarted (many times) the life of these winding streets and pale yet beautiful houses. Once the center of the Greek Orthodox aristocracy of the highest degree, Balat and Fener’s lives have been partitioned by the change of their residents, the disregard for their historic value, the unforgiving effects of time, and, most recently, the new wave of young entrepreneurship.

But let’s take a step back to the Byzantine period when Fener was a dominantly Greek neighborhood due to the presence of the Greek Patriarchate and the Orthodox Church. In the 17th century, the neighborhood, with its ornate architectural facades, served as the residence of the upper classes and bourgeoisie and during the Ottoman period, the well-educated and often multilingual Fener residents held important government positions as diplomats or interpreters.

In the 19th century, the newly burgeoning neighborhoods along the Bosphorus such as Kuruçeşme, Arnavutköy and Tarabya attracted Fener’s wealthy, and what was left behind were the artisans and small traders who moved into the district’s famed row houses. Until the 1960s the area was able to retain its Greek identity, however due to political hostilities during these years, Fener’s original residents began to leave Istanbul in large numbers. A new wave arriving from the Black Sea region started to settle the area, left up for grabs. Between 1984 and 1987, a lot of Fener’s 18th century stone buildings along the Goldern Horn as well as the Balat dock were also demolished as part of a program directed by the mayor of the time.

Also dating back to the Byzantine period, the neighborhood of Balat was the city’s Jewish quarter with a small Armenian population. Yet after the earthquake of 1894 and a series of fires that affected not only the neighborhood but the entire city, Balat’s wealthier residents moved to Galata. When Israel was established, another large section of the area emigrated reducing the Jewish community to a minority. A new wave of immigrants from the Black Sea region, especially Kastamonu, arrived to populate Balat, and in the 1960s the remaining Jewish population moved away to Şişli. What remains today are those very residences once populated by the upper class fading through disrepair yet photographed endlessly by wandering local and international tourists. The “cumba evleri,” (homes with alcoves) have become an iconic visual section of Istanbul’s overall image. Most importantly, The Church of St. George, the seat of the Ecunemical Patriarchate of Constantinople since 1600 and the principal Greek Orthodox cathedral in Istanbul, remains as one of the area’s main forces of visitor attraction. And above it all, the dark brick red castle that is the Phanar Greek Orthodox College continues to loom with only a handful of students remaining.

Today, Fener and Balat are undergoing another interruption through a new wave of young entrepreneurship. The areas comprising Vodina and Yıldırım streets have become subject to the opening of newer and younger establishments. One of these is the café belonging to Cooklife Magazine, a Turkish printed endeavor inspired by Oregon based slow lifestyle magazine, Kinfolk. Cooklife’s editor in chief Sinem Uysal and Co-Creator İsmail Dağlı chose Balat whilst looking for a space that would promote their magazine through events and bring their readers together under one roof. “We knew that this district would become popular,” says Uysal, “people in Istanbul are looking for alternative areas and venues. They’re tired of going to the same places.”

Apart from the tourists that arrive due to the presence of Balat and Fener’s historical sights, it is now the social media posts by popular bloggers that have given the area another attractive edge for a different kind of consumer: the young creative. “We offer our readers a whole world,” says Dağlı, “we want them to come to the café and experience the lifestyle we promote in the magazine first hand. It is here that we meet new people and brainstorm new ideas.”

Yet, Balat’s reputation as a creative hub is not a new development. Mine Atalar, who runs her handmade leather shoe design studio Minush, or Aslan Bakiri, a glass artist who runs Camhane (a gallery and workshop in a restored Byzantine mansion) have been here since 2012. Yet, it is now that the dynamic is beginning to change. “Hotels are being built in Balat, and there’s talk of a ferry port and even a tramway stop being built here,” says Dağlı, “it’s going to inevitably become a much more popular area. The people who used to go to Karaköy a few years ago don’t go there anymore because it’s too mainstream and crowded. They’re looking for new places and we’re going to see Balat peak in the coming years.”

One street down, Yani Stavridis has been running Byzae Café with his wife for the past four years. A former secretary for the Fener Patriarchate during the 90s, Stavridis possesses that potent, and presently ubiquitous, nostalgia for the Istanbul of his childhood that no longer exists. Although he welcomes the newer establishments, his trouble lies in the lack of infrastructural support for an area that is undoubtedly one of Istanbul’s most important historical assets. “Balat’s value has received some recognition in the past two years but it has not yet received the support it deserves. We need the local municipalities to take serious interest in this area and to invest in restoration, walkways, and street lighting.” Stavridis is certain that when such improvements are bestowed upon Balat and Fener, their popularity will be unprecedented. “This place will no doubt turn into an open air museum,” he says, “but at the moment that serious entrepreneurship and investment is lacking.”

It’s a Saturday in Balat and several brides and grooms are running around with a photographer shooting romantic portraits in front of meaningful historic surfaces. The neighborhood is at a crossroads, destined to either remain an aesthetic playground for snap happy tourists, the next Karaköy for the younger generation, or the hub of historic significance restored and appreciated. Perhaps it is destined to become all of these things. We can only hope that Fener and Balat’s final interruption will carry it to the prominence it inherently deserves. 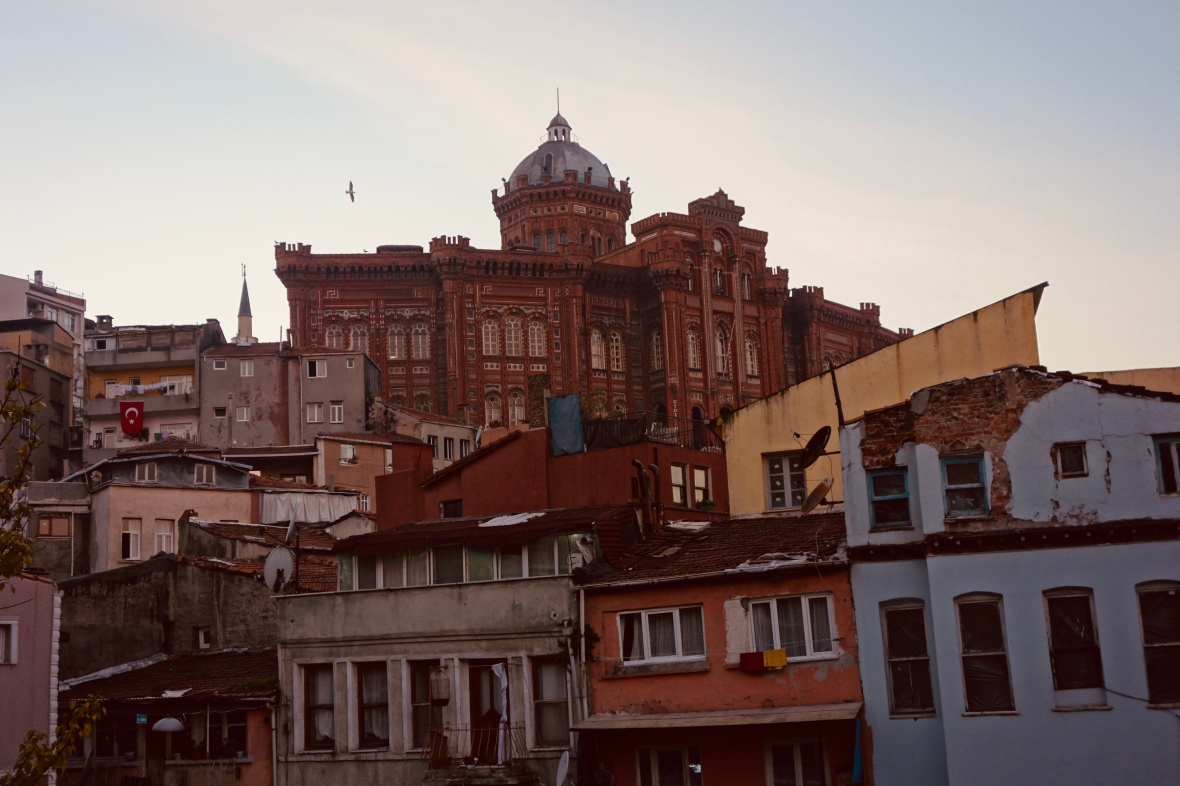